COVID-19 Update: How We Are Serving and Protecting Our Clients.
Navigate. Litigate. Resolve.
Complex Legal Matters in Nashville
Contact Us for a Consultation 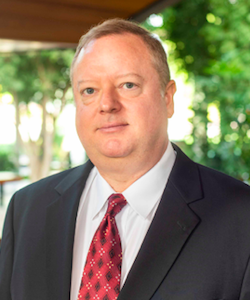 Todd’s business and employment clients will benefit from his decade long experience in the consulting and business sector. He began his career as a Systems Engineer with International Network Services in Atlanta, Ga, where he managed and participated in several large computer network implementation projects at Fortune 500 companies. In 1997, Todd joined Microsoft where he developed several white papers for the strategic implementation of Microsoft products and technologies at large companies, including co-authoring the Windows Terminal Server Deployment Guide. In 1998, he founded Stratacon, LLC, a successful information technology consultancy which was ultimately acquired by Xcelerate Corporation. He next accepted the position of Chief Information Officer for Online Vacation Center in Fort Lauderdale, FL. Todd draws upon his business and managerial background to provide counsel on transactional and litigation matters for entrepreneurs and established businesses alike.

Todd founded Cole Law Group in 2012, and takes great pride in working tirelessly and unwaveringly to ensure that he is advocating to the best of his ability for his clients. He is recognized in the Nashville area for his outstanding academic background, keen mind, professionalism, and a work ethic that has established the Cole Law Group brand.

AVVO, a Thomson Reuters independent attorney rating service, has awarded Mr. Cole a "10.0 Superb Top Attorney" rating. He has also been selected in 2016 and 2017 as a Super Lawyers Mid-South Rising Star, a recognition given to only 2.5% of attorneys in the region. Cole is admitted to practice in Tennessee, Florida, Minnesota, the United States District Court for the Middle District of Tennessee, the United States Court of Appeals for the Sixth Circuit, and the United States Supreme Court.

Publications
Contact Us
Practice Areas
Client Reviews
★★★★★
"If it was not for Mr. Cole I believe we would have lost a major client and possibly our business." S.R.
★★★★★
"I would highly recommend Cole Law Group! Attorney Goldstein along with paralegal Linda Bandry did an outstanding job with my case. I am very pleased with all the staff at this law firm, they were all very professional and very kind. Definitely recommended!!!!" M.R.
★★★★★
“Todd Cole, Attorney at Law, is well-educated and knowledgable. He and his staff work extremely hard to support your case. They are a professional group that shows compassion for what you have endured in a situation that requires legal advice and support. I recommend them wholeheartedly.” C.W.
★★★★★
"Every member of Cole Law Group walked me through a long and taxing litigation like they were my family. I can not say enough good things about this firm. There is no other firm that I would have placed my trust in like I did Todd Cole and Cole Law Group and I am so grateful for the way they were able to resolve my case! HIGHLY recommend." L.P.
View More
Submit a Law Firm Client Review